31 replies to this topic

The biggest issue seems to be that people tend to flip-flop when it comes to proper sleep. After I was deep in the night shift I was fine, but it took a bit to understand how I would need to rearrange my life to fit my new sleeping schedule. I went from that directly into becoming a new parent and that is not an easy task. It had to be the hardest two years of my life sorting that out.

Most nights I can survive on 4 hours sleep.In fact, if I try to get more than that I usually end up tossing and turning and getting up with less energy than I had when I went to sleep. I do have periods of insomnia occasionally and also have days when I can sleep for a full eight hours. Normally, though my body awakens on it's own after 4 hours.

Elisa- That's good you can take advantage of power naps. For me it seems the older I get the more of them I need of course, but many times I'll awake from them in bad mood. At least the ones I take in the middle of the day.

Arissa-That is some serious life changes you went through all at once. Coping with life changes on not enough sleep makes them all the harder. In addition to having reduced brain and comprehension functions, lack of sleep usually leaves me with a dull headache. This makes dealing with problems and good decision making suffer.

Arbor- 4hrs huh? you're a better person than me. So if I may ask, what is your usual schedule? Go to bed at 1am and get up at 5am? Or go to bed at say 9pm and get up around 1am and have some time to yourself while everyone else is asleep?

The following graphic came in today's email and it seems worth posting on this thread about sleep, or rather the lack of sleep. On occassions when I have been up for more than about forty hours without sleep I develop very real paranoia. It is only the fact that I know that will happen that I am able to ignore it on an intellectual level, while feeling it very deeply on an emotional level. Fortunately, the occassion has not existed for some years now, so I have been able to avoid that unpleasantness.

no question about it, I need 7-8 hours otherwise I'm hurting the next day

Deepwater6 yes it was but I would not trade it for anything. The only thing that is still really odd is that I am a "night hawk", I do so much better if I can sleep during the day and get more done during the night. With kids that is a tricky monster to try and tackle. I have noticed as I age I can make myself sleep as a normal time, for most of a normal nights sleep but I have to workout during the day on top of everything else to wear down both my body and mind in order to sleep "when its normal to sleep" (at night). Last night I had about 6 hours or so and that has been pretty common lately.

Eclogite I hate that feeling! I get it too.

I find that I very much enjoy working my split week schedule as it allows me to be awake during hours when there are few other people about and I have seen more sunrises and sunsets in the last nine years than most will enjoy in a lifetime. I nipped out a few minutes ago to capture the following image as I became aware of the light changing to the east. I have my computer table oriented to the north in a diagonal to the corner, which allows me to have a view through two windows, left and right peripheral. 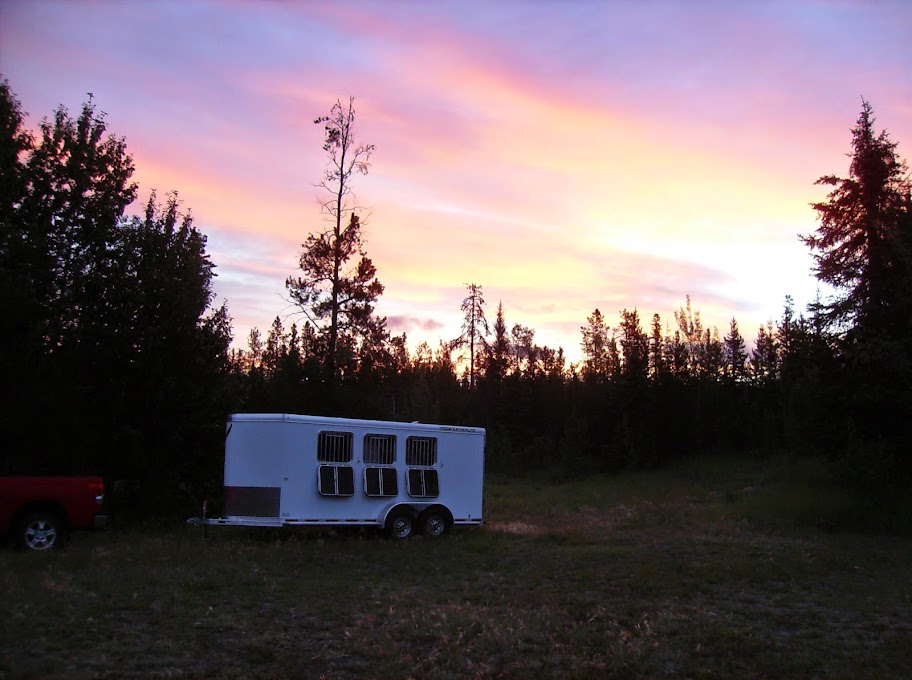 This morning, I work 4 hours at the office and then tonight I flip to graveyard shift for three nights. I managed to get in 8 hours of sleep last night so at least I am starting my turn around on good rest.

Sleep Deprivation Can Lead to Serious Health Problems like heart attack,heart failure,irregular heart beat,high blood pressure,stroke and diabetes. Chronic sleep loss can lead to lackluster skin, fine lines, and dark circles under the eyes. Lack of sleep seems to be related to an increase in hunger and appetite, and possibly to obesity.

Visit a doctor maybe you can get a better option for you to have the normal sleep.

There are some people who can sleep, say, 4 hours a night indefinitely, and suffer no ill effects.  However, sleep researchers say that maybe 1 out of 20 people who claim to be "short sleepers" actually are -- due to "sleep machismo", people are inclined to say they regularly sleep short nights, when they don't do so as a habit.   PLUS ... nobody can train themselves to be a short sleeper; they were born that way.  They also usually don't play up the fact, because it's normal to them.

It appears that Thatcher was a short sleeper, and so is Trump -- as attested by his butler, not Trump himself, so it seems more believable.

Sleep machismo? Never heard that one, but I like it.

Aside from Thatcher and Trump I would be interested in knowing the prevalent sleeping habits of most people in a position of power. I would hazard a guess that most are short sleepers. I would surmise this, due to the fact that most CEO's and politicians seem very driven. Whether it is done on purpose or not, they need to get ahead and that calls for putting more hours in than the competition usually.

Although I must confess, of late, with the current political landscape, I would much rather have the ability to hibernate rather than operate well on 4hrs. of sleep.

> I would hazard a guess that most are short sleepers.

Actually, it's rare, so I would think not.   I have noticed myself that people will often tell me they sleep 6 hours a night, but the odds are they're fibbing.  Urgh, reminds of going through Basic Combat Training in 1972 ... being starved of sleep for eight weeks is NOT fun.

Hibernate until 2020?   Well, I was thinking on 9 November 2016 that things were going to be unpleasant, but I haven't had so many laughs in a long time.   Look up John Oliver's comments on "Stupid Watergate".

Sleep machismo? Never heard that one, but I like it.

Aside from Thatcher and Trump I would be interested in knowing the prevalent sleeping habits of most people in a position of power. I would hazard a guess that most are short sleepers. I would surmise this, due to the fact that most CEO's and politicians seem very driven. Whether it is done on purpose or not, they need to get ahead and that calls for putting more hours in than the competition usually.

Although I must confess, of late, with the current political landscape, I would much rather have the ability to hibernate rather than operate well on 4hrs. of sleep.

Here are the sleep patterns of some famous people.

Being the chief engineer on a research vessel, I am on call at any hour of the day and night. Consequently, I have developed very irregular sleep patterns, so much so that I find it difficult to come up with an accurate estimate of my daily allotment. The best I can do is place an upper limit on it of 5 hours.

For me, Its never possible to work well in just 4 hours sleep.

I need a good sleep of 7 - 8 hours in a day weather in the day time or in night.

If I do not complete my sleep, My all day goes bad with the headache.

Back to Popular Science and News
Reply to quoted posts     Clear