Ashkenazi: Some Of Us Are "khazar"

10 replies to this topic

The “Khazar hypothesis” of the origin of Ashkenazi Jews was strongly refuted by Doron Behar in 2003. His research team identified subclade M582, which they recognized as the «exclusive property» of the Jews. Most of the carriers of this gene were found in Ashkenazi of Eastern Europe, and more precisely, in Levites originating from Eastern Europe. 13.3% of the Ashkenazi men  carry the genes of subclade M582 (according to Behar), including about half of those East European Jews who identify themselves as Levites. I received my name Aaron from my grandfather who identified himself as a Levite.

According to Behar, 3.4% of Sephardic men (descendants of fugitives from Spain) also carry the M582 gene. Behar, and after him Klyosov, came to the conclusion that both Ashkenazi Jews and Jewish Spaniards (Spharadim) received this gene from their Middle Eastern ancestors. The assumption seemed logical; but the Ashkenazi could get this gene from the Khazars of the Jewish faith.

I didn’t doubt the results of the research conducted by the Behar group, but their “linking” to populations. Let’s review these results together and try to explain them.

To begin, consider the (becoming famous, written in Hebrew) letter of the Kiev Jewish-Khazar community from the 12th century. As we know, 30% of the signatures on this letter are purely Turkic ancestral and personal names. At the end of the letter there is even a Khazar word written in runic signs.

However, two thirds of the names were Hebrew, and not only biblical. Some personal names were taken from the names of holidays, months of the year, etc. Such names have been adopted to this day by the Mountain Jews, but they are not used by the Ashkenazi Jews. That is, the Kiev Jewish community of that time consisted of the Judaist Khazars, but only part of these Khazars were genetically Türks. Probably, most of them were just the «genuine» Jews living in Khazaria. One signer even wore the Slavic name Gostiata.

The Kiev letter, (as well as linguistic analysis in general), does not indicate the genetics of the people who wrote it. We know that the language and self-consciousness of people are not always related to their genetics. For example, Turks and Yakuts both speak the languages ​​of the Turkic group, but belong to different races. “Turks”, “Indo-Europeans”, “Khazars” — all these names characterize the language and identity of the groups of people designated by them, but not their genes. We will have to analyze more deeply the data of genetic research as well as historical, archaeological and linguistic data. This is the only way to untie this long-knotted knot.

Thus, why should the Turkic-speaking group that dominated Khazaria, adopt Judaism, and not Christianity or Islam? Two empires of the time tried to impose their faith on the Khazars: the Byzantines — Christianity, and the Arabs — Islam. It is believed that the Khazars adopted Judaism in order to avoid the enslavement or division of their state between these rival empires. But I have a different opinion on this: the Khazars adopted Judaism in order to receive income from trade along the “Great Silk Road”.

The trade with China controlled Jewish merchants, whom the Arabs called Radhanites. The starting point where the Radhanites began their journey was the Rhone Valley in France (the ancient name is Rhodanus), and the main port was Marseille. At that time this land was ruled by the Germanic Burgundians, although the majority of the population were Romanized Gauls, the ancestors of the French.

I suppose that already there and then a few local Jews began to switch to the German dialect of the Burgundian rulers, the main buyers of expensive overseas goods brought by Radhanites.

And, perhaps, they married local women. Today, four Italian mothers are credited with exclusive copyrights for the Ashkenazi population (Rogers and Co). However, earlier researchers talked about 40% participation of 4 Italian mothers, and about 120 «side» mothers. Who is right here — wait, see. The notorious “bottleneck” with four mothers should have happened earlier, when the ancestors of the Radhanites lived in Italy.

By the way, what happened to the 50,000 Jews who lived in Rome at the beginning of the Christian era? Why did the Jews have a bottleneck in Italy and in the south of France? Well, all this happened because of the Christians. Jews who converted to Christianity were able to marry goy women freely, according to the principle of «neither the Hellenes nor the Jews.» But just the children and grandchildren of Jewish Christians were no longer Jews. This way the Jews disappeared.

Christianity at that time was considered simply a branch of Judaism. The Roman authorities suppressed Christians for being Jews.

I think that the initial success of Christianity was due to the fact that, unlike orthodox Jews, Christians gave their wards the opportunity to freely choose their spouses. Simply, a Jew and his pagan bride converted to Christianity, and the priest proclaimed them husband and wife. The epistles of Paul, in which he substantiates the principle of “neither the Hellene nor the Jew,” were a response to the need of fellow believers to freely choose a spouse. In his epistles, Paul devotes much attention to the need to avoid debauchery, promoted sexual abstinence and marital fidelity. Seemingly, this topic was very relevant to his flock.

Stories about a certain Jesus of Nazareth, that nobody in Rome had ever heard about, appeared a hundred years after the famous epistles of Paul. The first to try to clarify the question of Jesus was the Roman Evangelist Mark, but two more centuries passed before the four gospels settled down and were declared canonical.

As a result of the mass conversion of Jews and pagans to Christianity, Orthodox Jews almost disappeared. They preserved in remote places like the Rhone Valley. Only merchants who traded with distant countries continued to adhere to Judaism. Their trading partners and agents in these countries were their relatives, who remained loyal to their clan and faith, and did not allow strangers into the family.

Let’s suppose, that one third of the Khazarian Jews were genetically Turks who carried the R1a1 gene, while two thirds were Mountain Jews with their “Caucasian” genes (actually, their ancestors came from Mesopotamia, that is, from the Middle East). Now, 13% percent of Ashkenazi carry the same Turkic-Slavic R1a1 gene. This means that the total contribution of the Khazaria Jews to the genetics of Ashkenazi can be estimated as 13X3 = 39%. Of these 39%, about 26% are “genuine” Jews of Caucasian origin and 13% are Khazar Turkic converts. It is clear that the percentage of «Khazar» genes is increasing towards Ukraine, and as it approaches France and Spain, it is decreasing.

If we agree with Elkhayk that 38% of Ashkenazi carry Caucasian genes, while 26% of them we received from the «Mountain-Khazar» Jews, so we would receive 38-26 = 12% of our «Caucasian» genes from the Middle East through Rome and Western Europe.

Conclusion: Elkhaik’s “Caucasian-Turkish-Iranian” hypothesis fits exactly Khazarian Jews’ origin, (excluding, however, the Yiddish language, inserted to Khazaria by Radhanites), but not Ashkenazi as a whole.

The “GPS” method, inserted by Elkhaik, is acceptable for last 1000 years, and this fits the range of time when Khazaria Jews moved from Itil to all possible shelters, including Europe. “GPS” doesn’t clarify pre-Khazar history of the Jews who came to Khazaria. The Khazarian puzzle may be resolved due to Mountain Jews’ DNA history research.

In fact, the “Khazar” and “Caucasian” hypotheses do not contradict the “German” theory of the origin of Ashkenazi, but only complement it and clarify. These three hypotheses, connected together, are consistent with the results of both population genetics and DNA genealogy. All we need is an unbiased explanation of all available data.

OK, if You succeed to convince entire World that such are proper names, I would agree. However, I consider "Judaism" as proper name for religion, and "Jew" as a nationality. In another hand, just Judaism being super-nationalist religion helped to prevent Jewish people from complete dissolution. When the Jews converted to universal Christian religion, they ceased to be Jews.The example of Khazar empire teaches, that Judaism was inappropriate religion for multi-national state.

And I am a Furry Mad Scientist. 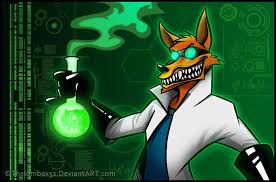 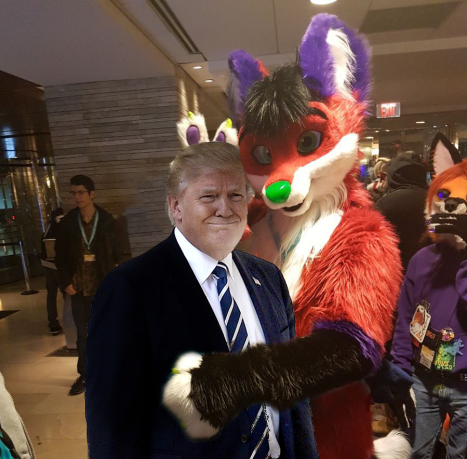 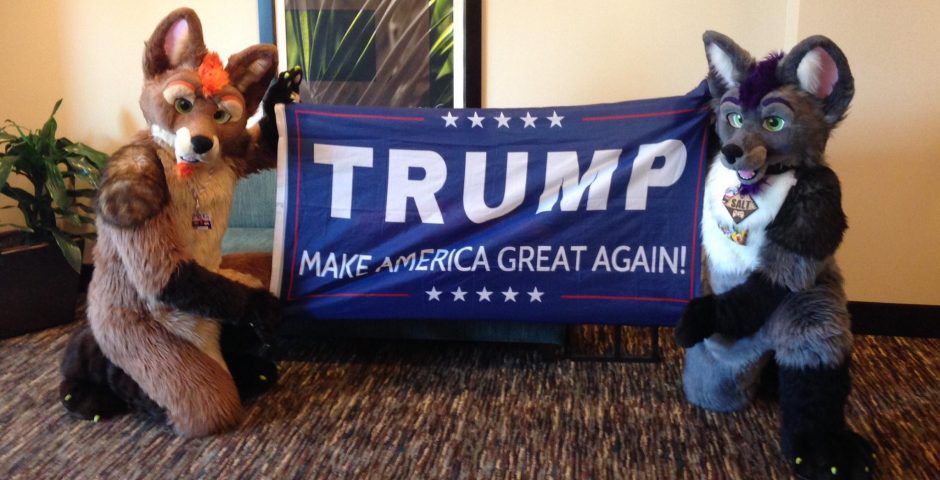 You know you love the furry species!

I had a night

You know you love the furry species!

I had a nightmare involving beastiality, I blame you.

It seems that OverUnityDeviceUAP loves furries in a very different way or maybe I should say loves giving them some lovin, you know she is the dog furry of your dreams. 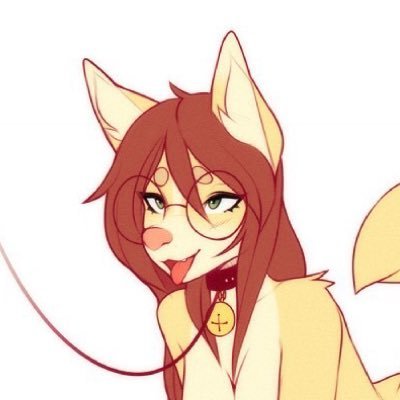 It seems that OverUnityDeviceUAP loves furries in a very different way or maybe I should say loves giving them some lovin, you know she is the dog furry of your dreams.

If there were true I'd have pets.