Fundamental forces of the universe by Astrogeomanity 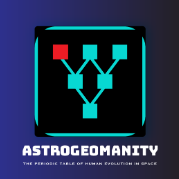 By Astrogeomanity,
August 21 in Physics and Mathematics