Possible Retinal Detector For Near Infrared?

Are there any living creatures with EYES sensitive to the Near Infrared?

{Yeah, Pit Vipers use PITS not cone cells in their Retina…}

If I wanted to create a cone sensitive to Near Infrared light—something that would increase the human Red-Blue-Green spectrum of sensitivity about 30%...

Are there any good candidates for my retinal detector chemical for my Infrared cones?

Mantis shrimp might be a good place to start, thy do seem to have a band-specific cone for IR. Unsure if you can give humans lower band "vision" in the retinas: we are exothermic so it would be like having an (infra)red flashlight coming though the back of your eyes all the time with no way to shut it off.

No need to surgically or genetically modify your own eyes.  Just buy an infrared camera. 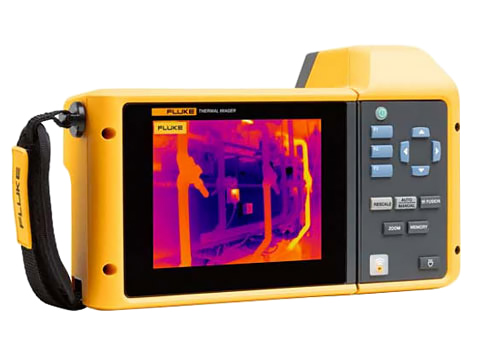 bio-mods don't use batteries though, so there's that.

It's worth noting that gene therapy has already been used to give color vision to adult animals that didn't have it before. If I remember right it was even inter-species genes used for the eyeball injections.

Which goes back to a point I have been making on this forum, why don't we genetically engineer everything on this planet to be best suited for human kind including ourselves. In the future, I think that is what will happen as the technology advances into the mainstream like computers did. Like Ray Kurzweil says, humans will become god-like with nano-machine augmentation and Genetic Engineering ourselves with gene therapy (Organic Nano-machines) is just the beginning of it. Nanorobotics is going to make humans immortal and superhuman as the technology evolves into the 2040s, imagine how different it is now in 2020 versus 2000 the advancement of the technology in this area, now take another 20 years and you will begin to see what is going to happen with it. The Singularity will not be all about computer technology and Hyper-intelligent A.I. but about the Nano Revolution and how to forever changes medicine and chemistry becoming a technological augmented species. Extract the gene from the Mantis Shrimp and splice it into your eyes as "God" didn't intend then become more like a god and see infrared, a type of unnatural selection is at work here, we can do it better than cruel nature which would deny you this ability become the Homo-Superior. It is said the "God" took away immortality from man for sin, isn't it about time that we took it back from "God"? This is just the beginning one small step. Which goes back to a point I have been making on this forum, why don't we genetically engineer everything on this planet to be best suited for human kind including ourselves.

Mainly fear and ethics I think. I mean, just look at the craziness that happened with the CRISPR babies in china last year.

Mainly fear and ethics I think. I mean, just look at the craziness that happened with the CRISPR babies in china last year.

He had a good goal by genetically altering these babies which was to protect them and make them gain immunity to HIV by editing CCR5, I don't necessarily think this is a bad thing, I think it is the future the removal of disease via gene editing Enhanced ability shouldn't be looked as bad where as you see the monstrous consequences when you start to take ability away, for people that don't know what we are talking about read this, https://www.cnbc.com...prs-ethics.html