The Doctrine Of Unlimited Expansion

I was thinking about the future of the human species and I chose to consider what would happen over the next 1 million years then considering that I decided that the human species must expand. There are many reasons why expansion should happen one of those being for the greater resource harvesting on other planets, asteroids, and moons in space that are still virgin, that have yet to have their resources tapped. The second reason is if we stay in one solar system or planet the chance of extinction becomes a possibility with the advent of black hole weapons and the possibility of nuclear and biological war destroying planets. We must expand to as many planets as possible and must begin soon as when we find aliens we will need additional resources to construct ships and stellar projects such as Dyson Spheres around stars to that end we should start the massive colonization of space, all planets within 1000 ly should be considered for colonization that are within the Goldilocks zone that do not already have intelligent species on them would be a nice second step but a nice first step would be the colonization of the moon, mars,mercury, titan, and europa along with sending probes to these planets within 1000 ly. Continuing that we must expand to control a entire galaxy then the entire universe, we must expand to all corners of the universe your thoughts? 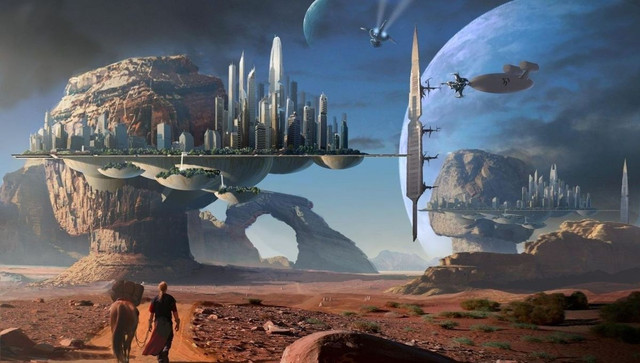