Problem:
A particle of a mass [math]m[/math] is embedded in a circular rail, (radius: [math]R[/math]), without any friction. In a given moment, the particle finds itselfs without velocity at point C, and a force is applied on the rail, which starts moving with an [math] \vec A [/math] constant acceleration. Use a non-inertial system fixed to the rail to solve the problem.

Arrange the Newton's equations, and find the movement equation of the particle.

So I manage to integrate [math]\ddot \varphi[/math] so i get [/math]\dot \varphi (\varphi)[/math], but I guess i have to find [math]\varphi (t)[/math] to get the movement equation, and I'm really stuck at this point. 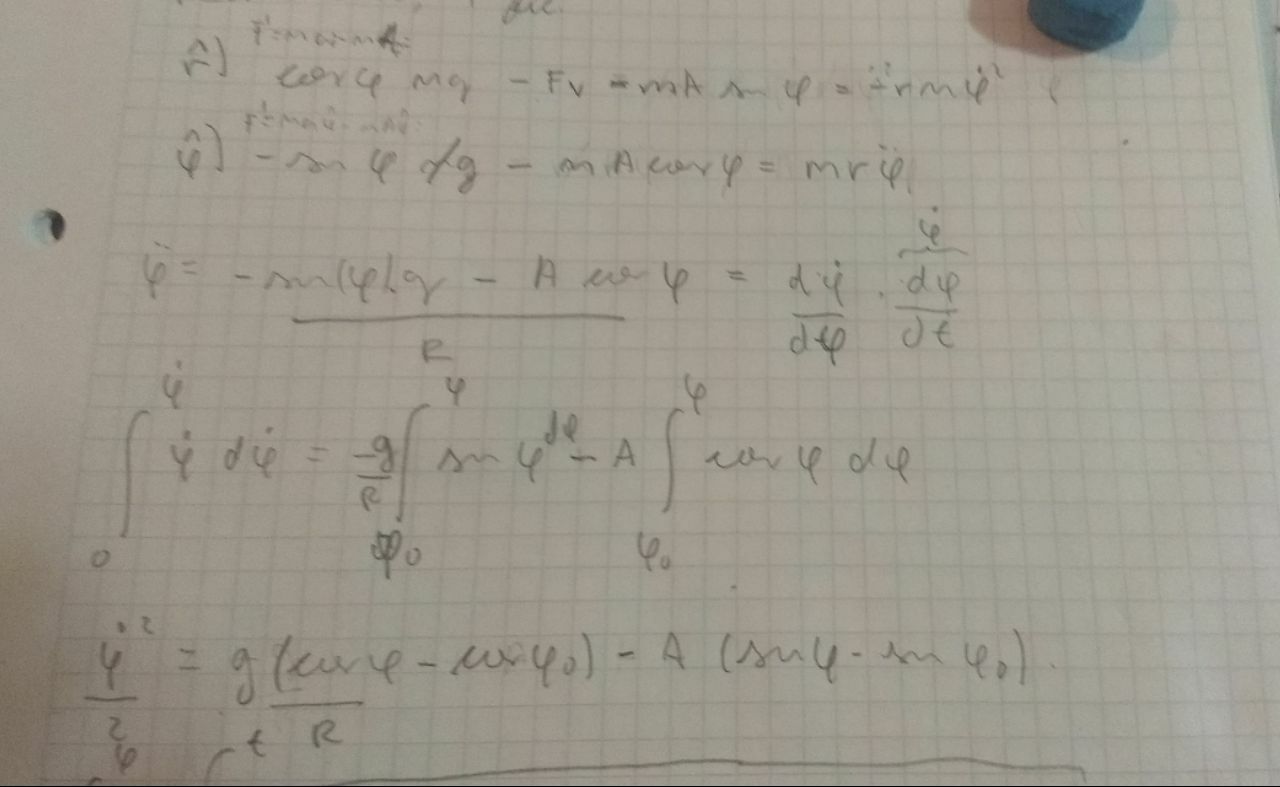 Back to Physics and Mathematics

Also tagged with one or more of these keywords: physics, non-inertial system, polar coordinates