What it takes to move the moon. 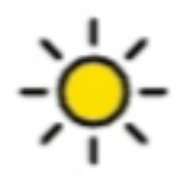 By DoesntMatter,
September 30 in Astronomy and Space