I wonder based on new information about Black Hole's whether humans could capture Antimatter from the poles of Black Hole's that were properly stabilized, The Article reads that there is much Antimatter at the Poles of BH. This seems  to be the cause of Hawking Radiation leaving the BH though the poles of the BH able to escape the Gravity due to the spin of the BH. 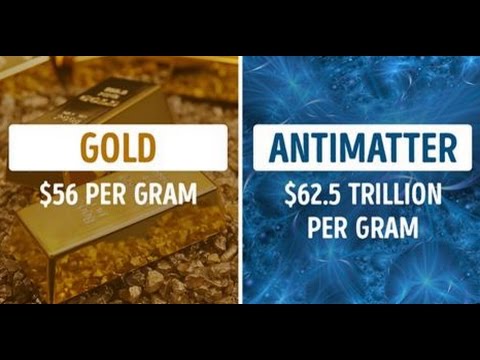 The other problem is capturing and storage, which can be done for short periods of time inside magnetic traps. Like this one in Germany  https://phys.org/new...daily-nwletter

Artificially produced Antimatter is a bit expensive (Positronium). Occasionally there are bolts from the blue, lightning out of a clear sky which is the most destructive. I understand this is +ve discharge to ground (positrons?).

Again why would you want, to collect large amounts of antimatter? Its dangerous to handle, especially in large quantities.

Well, I would like to make a Antimatter bomb or Antimatter engine with large amounts of antimatter, I think there is some serious military and civilian applications for antimatter in large quantities, The reason for the Antimatter bomb is due to the outlet of energy primarily in gamma radiation which would have a larger blast radius than standard nuclear weapons which are primarily in heat of the surrounding material, Secondly, Antimatter for fuel is a wonderful idea due to the light weight of antimatter and high energy of it when compared to other fuel sources as rockets generally have much weight that is their fuel with antimatter there isn't much weight to it as a source of fuel. You could have a few megatons of energy in the size of your fist if not smaller, that is basically why.

Indeed the Antimatter bomb would not have lasting radiation effects being gamma radiation emission as its primary energy release, I will take the fact that I am Mad as a complement Exchemist tends to believe that I will take it as I think outside the box. In any case, wait until we are at war with aliens or something you will think I am God then for making these weapons instead of a madman. Wait until you witness the full awesome power of these devices in action if ever created such as the Nanotechnological/Biotechnological weapons, Antimatter weapons, or Singularity Inductor device. Best to have our men and women in the armed forced prepared for any scenario, it is how I show my respect for what they do. It has been shown that Superior weaponry and Superior equipment has a linear effect on military strength, I can't wait to see what they do with my weapons.

In any case they already have small Antimatter warheads at-least the US Government.

Get the **** out of my thread this isn't about whether or not something is psychological wrong with me which there isn't,This is about Blackhole Antimatter Creation go bother someone else Flummoxed like I said in Dubbel Supersocked, Go bother Superpolymath or someone else. I beat someone's *** who gives a ****, Now get out of my thread. This is part of the physics section not psychology. Based on what you understand I am violent would you piss off a violent person,. Stupid ***  trolls get off this forum before I get you removed.

Don't worry about them as they reveal much more about themselves than they have ever revealed about you.

This is quite an interesting exercise, serving, as it does, to smoke out the mental health issues of a number of the most prolific posters on this forum.

The big one of course would be Superpolymath and his various sockpuppets. But that might be challenge too far, even for Flummoxed.

As Admin: ....not a fan of extra work, a few people here are causing extra work. Debating fixing things with wild abandon you all have no doubt seen before, have gone with mild editing for now. Play nice people. Attack the argument not the person, put up evidences. These are simple things. If your posts are missing it might be a very good time to consider why they are, and preferably from an "oh shit I've been an asshat" perspective.

Thank you in advance for not wasting any more of the minutes of my life I'll never get back. If it becomes even slightly routine: culling with wild abandon will likely be my next step.

And now back to discussing the ideas....

Back to Astronomy and Space
Reply to quoted posts     Clear