12 replies to this topic

Okay, I have been neglecting this for awhile How to create a Silicon Nano-factory, which is a synthetic lifeform made of silicon that manufactures something, I had patented this design back in 2013 and hardly ever shown anyone but these will indeed make anything whch these Nano-factories crawl around or fly there are two forms of them, they are not medical and do self reproduce, They are what I call "True" Nano-factories like the ones in this game's wonder video.

First we need to start with the composition of the Nano-Factory which is Silane sheets and Carbon Nano-tubes, which SIlicon-Carbon Bonds can be made between the Silane and Carbon Nano-tubes which are quite strong bonds able to withstand some meddling, which Silane is a liquid that dries when in air which can be used as a molecular Glue on Carbon Nano-tubes which are made from Graphene sheets rolled up as previously discussed.  So our building Materials and Silane and Graphene. Graphene is basically just pure Carbon atoms in hex-configurations.

We must construct wires and circuits of Carbon Nano-tubes, but we must make a molecular assembler which does the function of generation of materials for Nano-Factory and other things construction these can make Carbon Nano-tube Structures and Silicon structures. The design for the molecular assembler is a set of filters that are constructed at the resolution of 1 nm to only allow certain atoms and molecules through the filter into the device which are constructed of Silane atomically bonded with itself in a filter. If you wanted a Filter that only allowed Silane through it you would need to cut out a shape that fits around the molecular structure that you want to pass through. 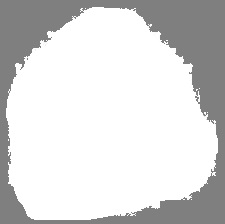 After that you will need a Molecular assembler that can create bonds between atomic orbitals which there is an equation for, the electron density to electron lithography bond electrons into orbitals around atoms but you will need a nano-scale electron beam lithography device to do it in this shape, electrons can be shot into orbital around atoms or wider configurations can cut through a bond and cut your material, which this needs to be constructed with carbon nano-tube capacitors as mirrors  on the nano-scale along with a Carbon Nano-tube electron gun, all encased in silane. 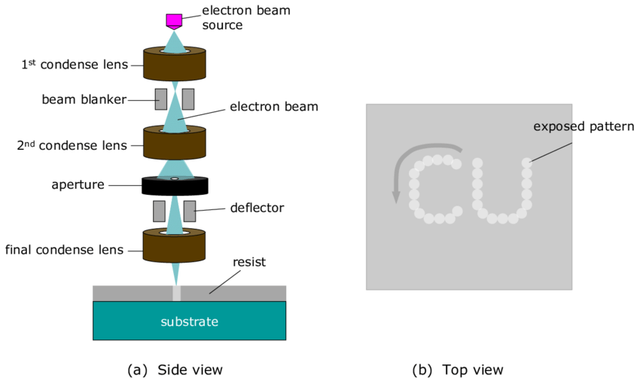 This Device Paired with the Filters will make your objects out of Carbon or Silicon from molecular components only allowing these into the firing area of the electron beam to be bonded into larger materials like Silane sheets or Carbon Nano-tubes or Graphene plates. 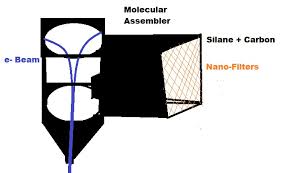 After that other parts can be made but these are the most critical for self-replication and for now I will stop here with the basic organelle for your Synthetic Nano-machines past having these two devices you can have anything that is self replicating as long as it can move to draw a pattern, all you ever needed was a Molecular Assemblers for Silicon and Carbon, which this device is. 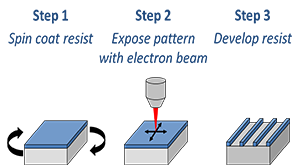 Well basically for a Medical Nanorobot you need a RNA Oligonucleotide Synthesizer build into the nano-machine this will be used as messager RNA, The Microfluidics need to have filters to filter the chemicals input to do oligonucleotide synthesis, The Nanomachine will need to intake DNA Monomers from the cell. 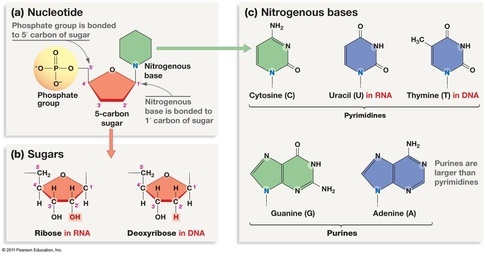 The Microfluidics will have to follow the pathway made of Carbon Nanotubes in a pathway the same as RNA Synthesizer to make DNA or RNA to change the cell built in Silane.  The Chambers would need to guide the biochemistry of Oligonucleotide synthesis. To make DNA and RNA Chains to communicate with the cell chemically. 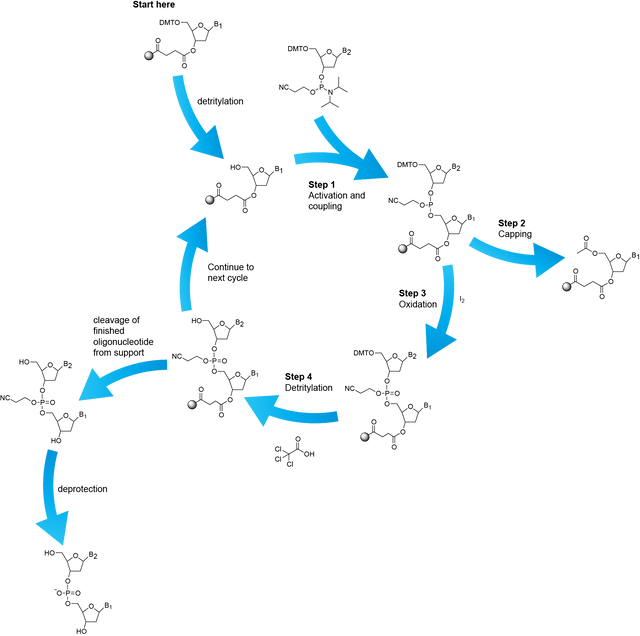 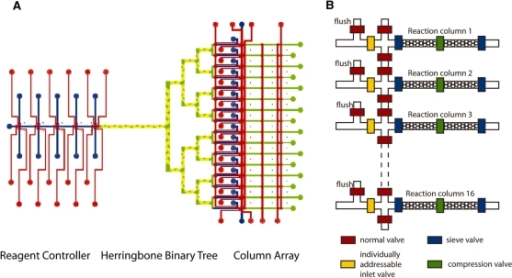 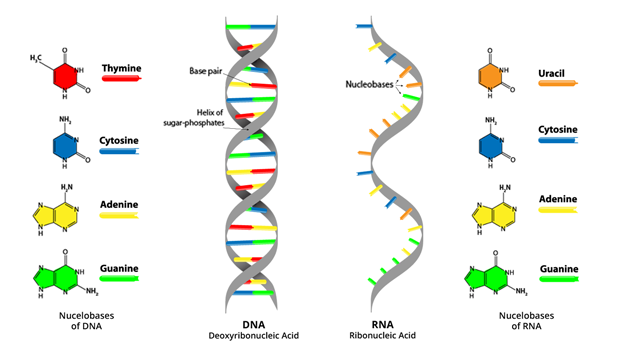 This Wifi Chip schematic will need to be drawn in Carbon Nanotube Wires enclosed in Silane to make the circuit for the Wifi Chip, then you can have the Wifi Signal open and close different channels to allow certain Mononers through into the Nano RNA/DNA Synthesizer  This will make the Nano-machine's WIfi Control Chip that will control RNA/DNA Output into the cell from a person with a computer connected wireless to the Nano-Machine, that way the data can be input from the computer and Output in DNA/RNA code into the cell. 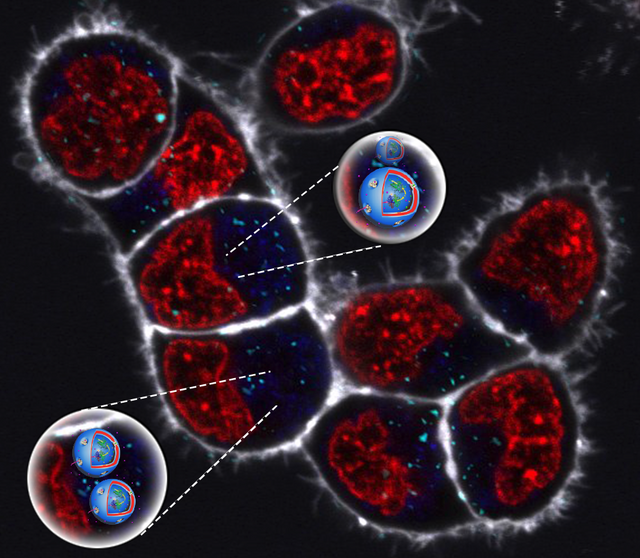 The Power source for these nano-machines will be a synthetic mitochondria which will metabolize Sugar into a combustion reaction, this device will be shaped much like a normal mitochondria but with several modifications that will combust sugar into energy and waste products to drive a nano-motor. Afterward, this will turn a nano-generator which contains magnets and coils generating a current from the mechanical motion of the turning drive wheel much like a Internal Combustion alternator but on the scale of molecules powering the DNA Synthesizer, electron beam molecular assembler and other parts with vital electric current using wires of Carbon Nano-tubes to flow electricity to these parts.

Exquisitely professional thoughts. I https://www.essay-one-time.com/ merely hit upon this web site and desired to enunciate that I've definitely delighted in reckoning your blog articles or blog posts. Rest assured I'll subsist pledging to your RSS and I wish you write-up after much more shortly

Exquisitely professional thoughts. I https://www.essay-one-time.com/ merely hit upon this web site and desired to enunciate that I've definitely delighted in reckoning your blog articles or blog posts. Rest assured I'll subsist pledging to your RSS and I wish you write-up after much more shortly

Thank you, but I would rather not publish this work yet, If I am ever in need of perfection on this, these devices must be "Perfect" to function correctly. I am not even close to solving how to make Nanofactories in real life but thank you, until they sit in a test tube, the work will not be written about outside of a unfinished work nor published, the patent I filed in 2013 doesn't expire until 2033, until then do not violate it by writing about this subject relating to Autonomous Self-replicating Nano-machines of the nature described in this post. Basically, to say in simple terms I would be more inclined to pay you not to write about this subject until the project is complete.

the finale to this Industrial Nanorobotics post, Movement and completion.

There are two variants of the movement of the swarms of nano-robots, which I call the submarine model and the helicopter movement model which both share a common principal which by the names I am sure you can understand how this works, the mechanical movement generated is converted into motion being  the form of a propeller and  propulsor on the nano scale. 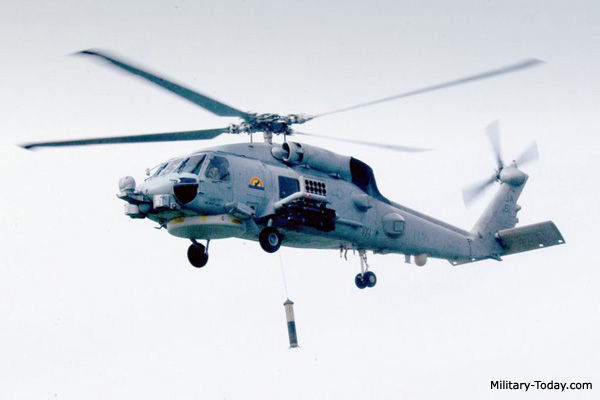 The only difference between the aerial and aquatic nano-machines is the shape of the movement devices.

Finally Fabrication, which is done by the same device as the molecular assembler is but on the macroscopic scale, which uses the same technology as computer nano circuits but on the scale of 1 nm. 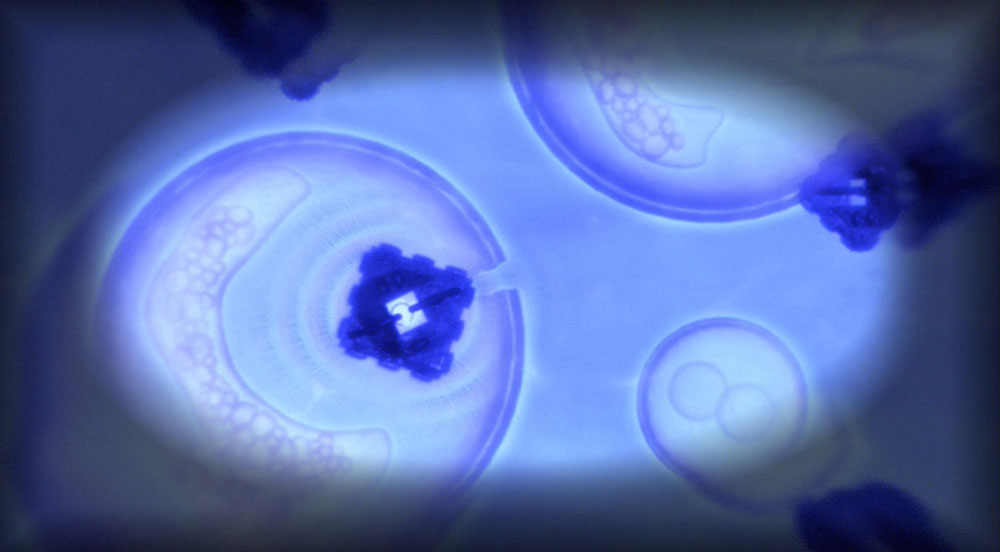 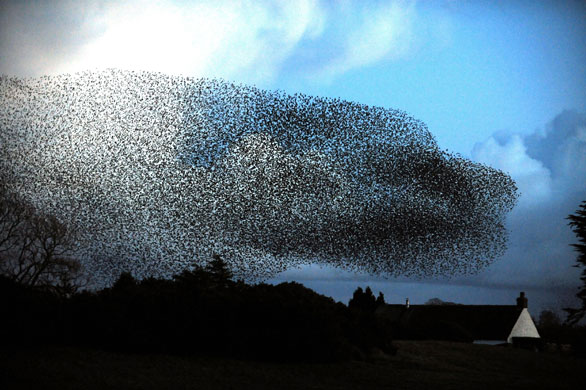 In order to make Nano-factories large molecular pieces will have to be made in the form of Nano-Electronics, the outside of the chip will be made of Silicon Carbide that has been nano-fabricated with wires of Carbon Nano-tubes, This will allow the nano-machines to have electronic systems on them. The Nano Electron Lithography device can produce Silicon Carbide,Carbon Nanotube, and Silane structures for the nano-machine. The Silane will act as a glue while the Silicon Carbide the semiconductor with carbon nanotubes being the conductor wires for the circuitry on the Nano-machine which as of right now will be for the Electron Lithography Assembler's guide computer, Wifi Chip to receive and sent commands, along with the internal computer which all can be assembled by the Nano Electron Lithography Assembler as all of them can be made via electron lithography into structures. 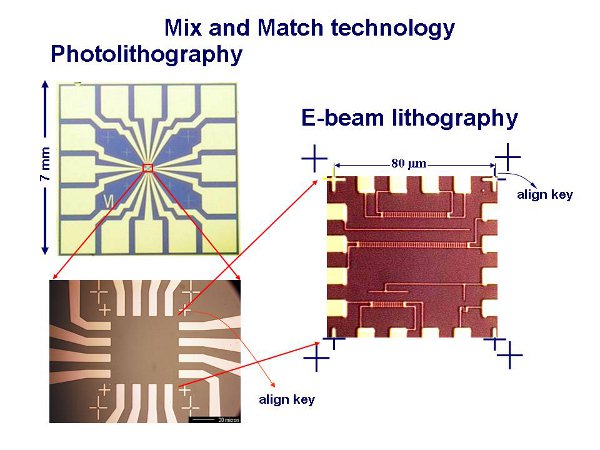 Thus if we wanted tomorrow one could actually build this Silicon Nano-factory using a Larger electron lithography device that would then replicate into more if placed into a aqueous liquid of the proper materials which would feed the Nano-Electron Lithography assembler that would then be filters for construction of the Self Replicating Silicon Nanite. 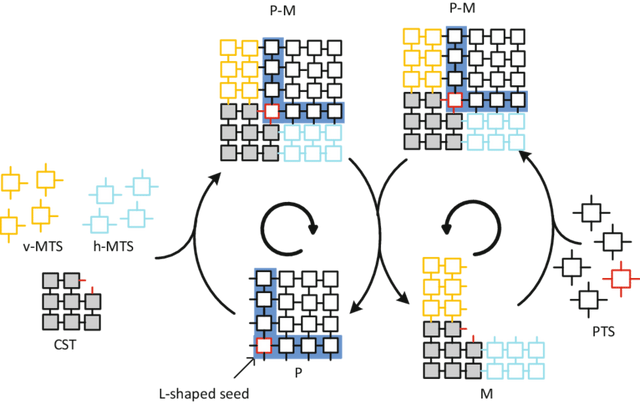 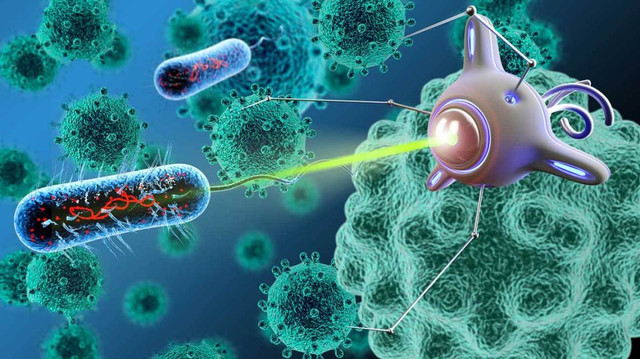 Anyone have a Electron Lithography device wanna try and make a Silicon Nanofactory? I tell you it will work, they will even move on its own and make more of themselves and other things can construction in three materials, Silicon Carbide,Carbon Nanotubes, and Silane. 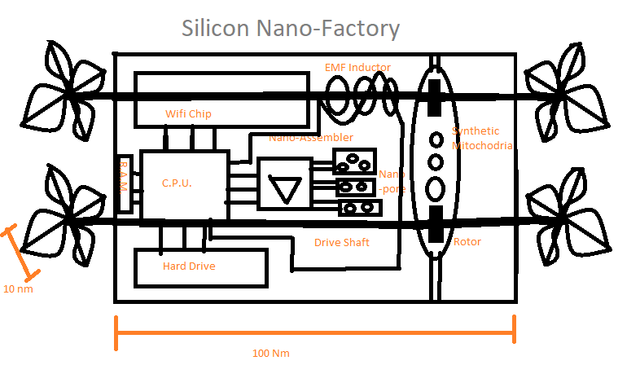 In Swarms it is possible to build structures as large as cars or houses using Swarms of Silicon Nano-factories. These Nano-machines using Computers within along with Wifi Chips for swarm intelligent construction of items to atomically precise scales. You could even interface them with a laptop or Ipad that has a Wifi Chip in them. 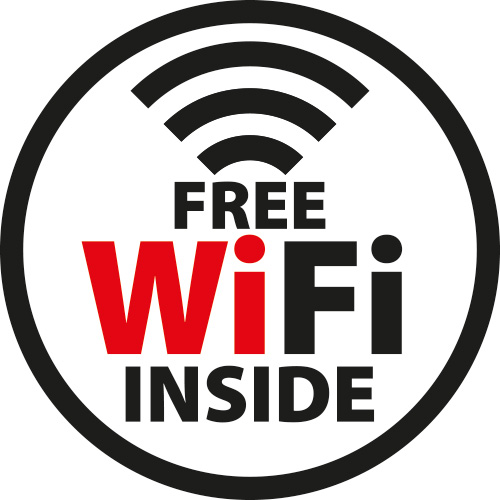 They use Sugar for fuel, all you would have to do is place the Nano-factories in sugar water after and they could run forever or in the blood would have plenty of sugar. 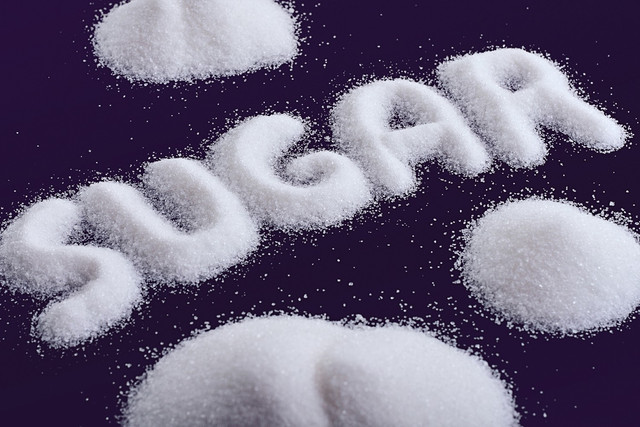 Here is something I am not exactly sure about The Binding Energy of Silicon Carbide,Carbon Nanotubes, and Silane, It stands to reason that there should be a way to insert an electron into the orbital of Silicon Carbide,Carbon Nanotubes and Silane to produce the Bonds needed to construct the device or the entire device could be electron lithographied and actually cut from these materials but I would rather use a Nano Electron Lithography device to create bonds, if you ionize the electrons then create a bond then all we must do it put an electron in orbit to make the materials covalent bond(https://pubs.rsc.org...9d#!divAbstract and https://www.ncbi.nlm...pubmed/26757842)

In Organic Molecules covalent bonds have been produced via electron lithography whether the process could happen in inorganic molecules such as Silicon Carbide,Carbon Nanotubes and Silane but if Organic Molecules can be bound to Graphene then other molecules can too, I was thinking the Silicon bonds is enough like a carbon to reproduce the effect of Electron beam covalent binding of molecules.

This needs to be tested as well though recently there has been some experiments in this area, Link = https://www.technolo...s-even-smaller/

It is truly remarkable some of the things you come up with. It is just sad you chose to use your knowledge to be a dictator instead of choosing to make the world a better place in a more free and open society.

It is truly remarkable some of the things you come up with. It is just sad you chose to use your knowledge to be a dictator instead of choosing to make the world a better place in a more free and open society.

everything else is fleeting, power is eternal, even in the afterlife if such a thing exists I will still have my knowledge and power, the only things I can take with me.

everything else is fleeting, power is eternal, even in the afterlife if such a thing exists I will still have my knowledge and power, the only things I can take with me.

True every experience is to keep learning more and knowledge is power.